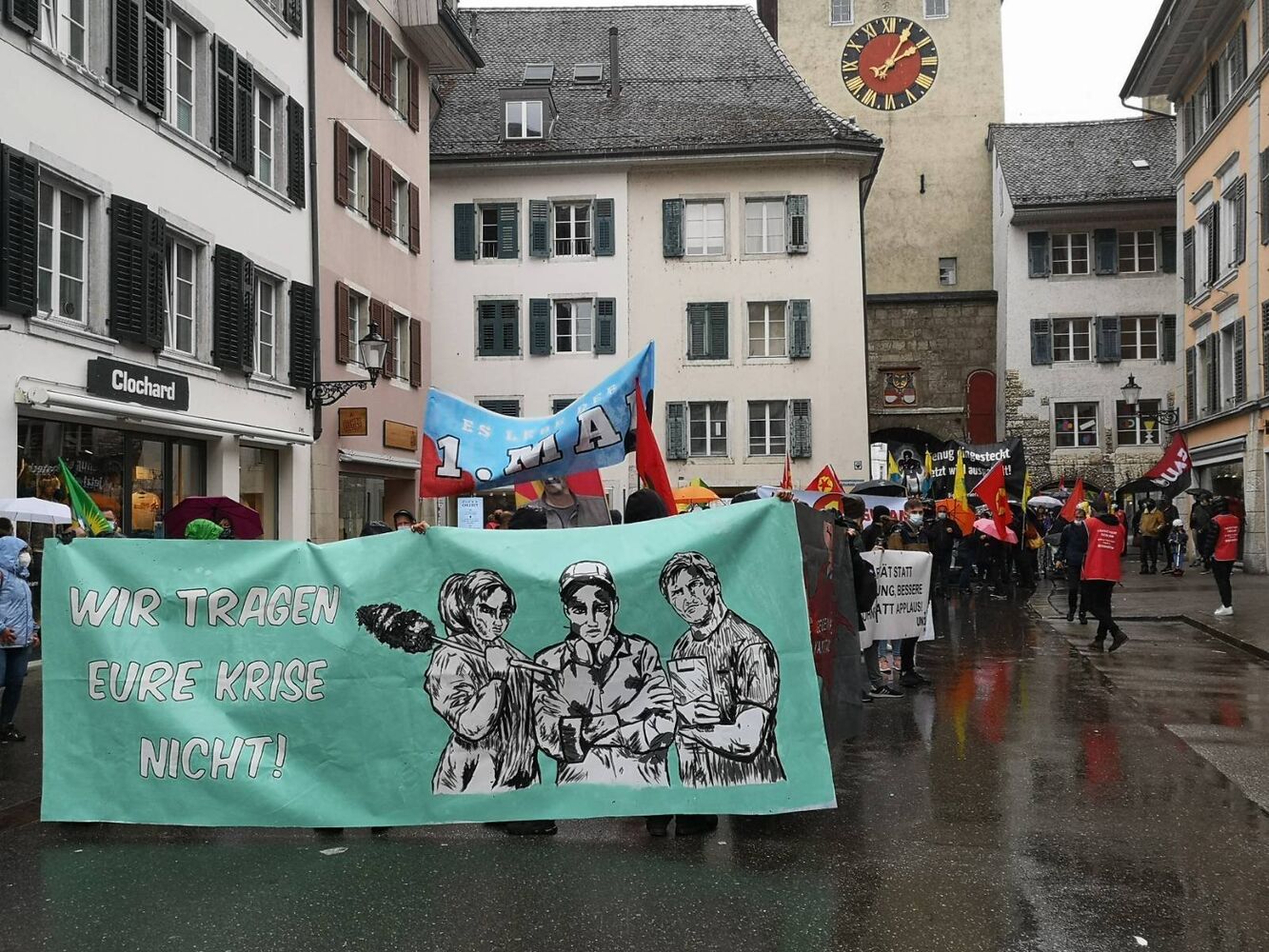 Despite the bad weather and the sabotage attempts of the Solothurn Federation of Trade Unions, about 300 people demonstrated in Solothurn on May 1. The FAU was there together with other grassroots unions and Kurdish organizations. A militant mood prevailed at the demonstration. The FAU participated actively with speeches on the situation in the catering, care as well as cleaning sector.

The cleaners demand an end to disrespectful treatment by their superiors, compliance with health and safety regulations in particular and compliance with the generally binding collective labor agreement (CLA) in general. At the core of the poor working conditions are hourly wages and temporary contracts, which are the cause of their precarious livelihoods. They emphasize the need to fight for a good CLA.

The demands of the catering sector went in a similar direction; the end of zero hour contracts, work on call and temporary work.

More pay, a shorter working week, compatibility of work with family life, more vacations, and above all more staff and thus an urgently needed reduction in the workload are all demanded by the care sector.

The corona pandemic has made these problems more visible and intensified them. However, they are by no means new. The FAU also emphasizes that such and similar problems are not unique to these three sectors - it affects all industries with low wages and precarious working conditions.

The FAU is part of the alliance of grassroots unions Syndibasa. A leaflet with Syndibasa's demands "to open the wage struggle" was distributed to participants and passers-by.

The high number of participants shows that many workers do not want a "sausage fest", but are ready to organize themselves in a grassroots way and to fight with direct action.

Direct action means that workers stand up and act directly for their rights. This should lead to a change in the balance of power in the conflict with the bosses. Only in this way can we fight for social justice.