The Cleaners Syndicate of the FAU

The cleaning sector is marked by precarious working conditions and pay.

For the Conflict at Biogen's plant at Luterbach we are working closely with our Partners IWW in the cleaners collective. We fight for the respect, security and perspective the workers deserve - and we fight together with the workers, not "in their place". 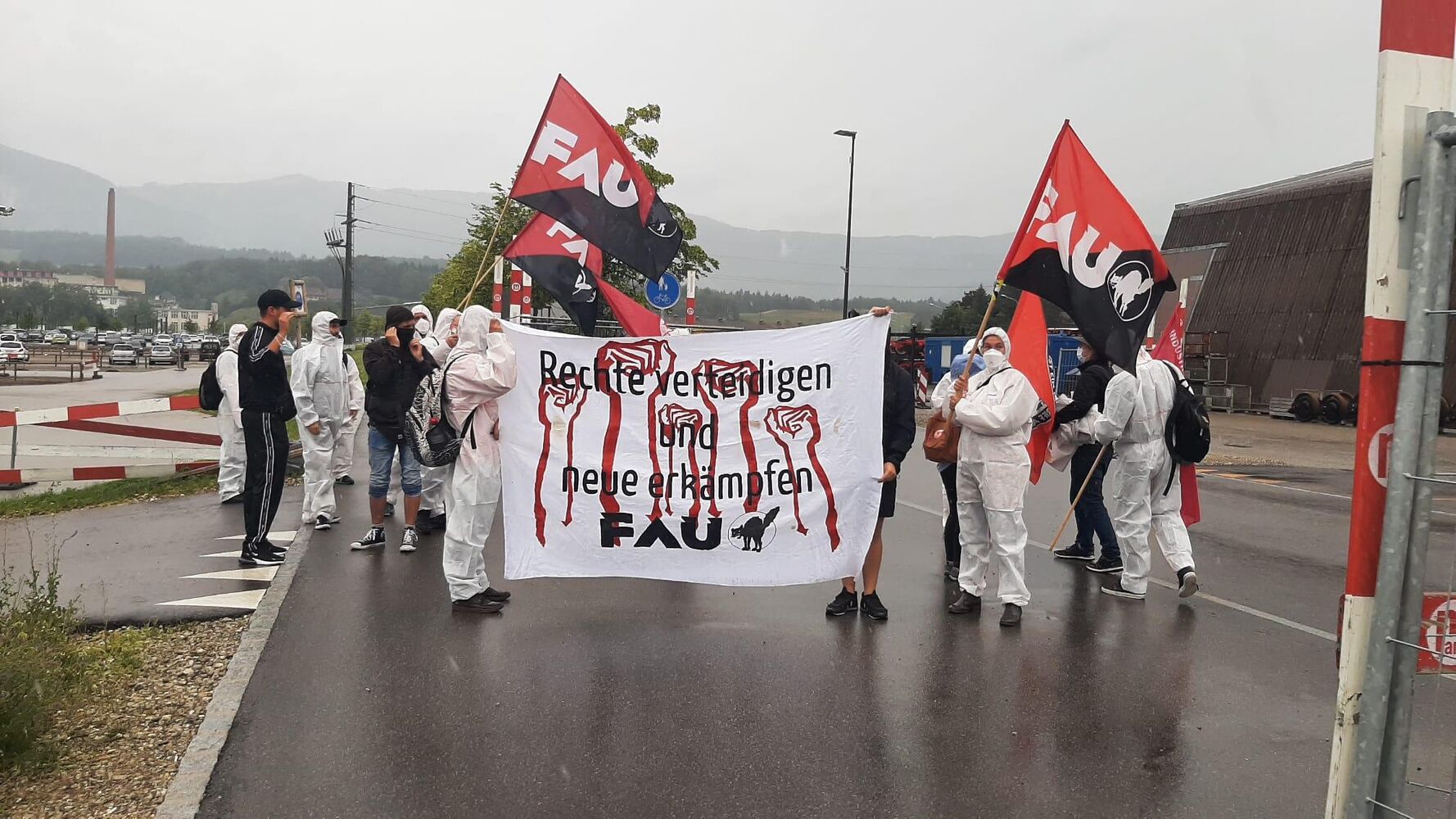 We've been supporting the workers at the Biogen plant in Luterbach for two years now. After going public, there's news of first improvements. But we are not done yet. The struggle for good and fair working conditions goes on. 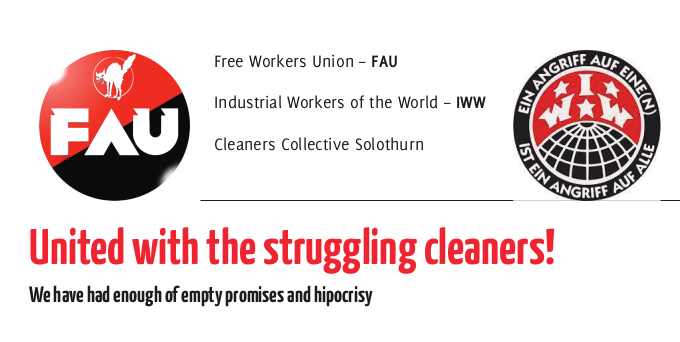 For several months, the cleaners at Enzler have been organizing with the FAU (Free Workers Union) and the IWW (Industrial Workers of the World) in the Cleaning Collective to improve their working conditions: safety standards are not applied, schedules are not respected, they actually work on demand. These are just some of the grievances the workers are facing. 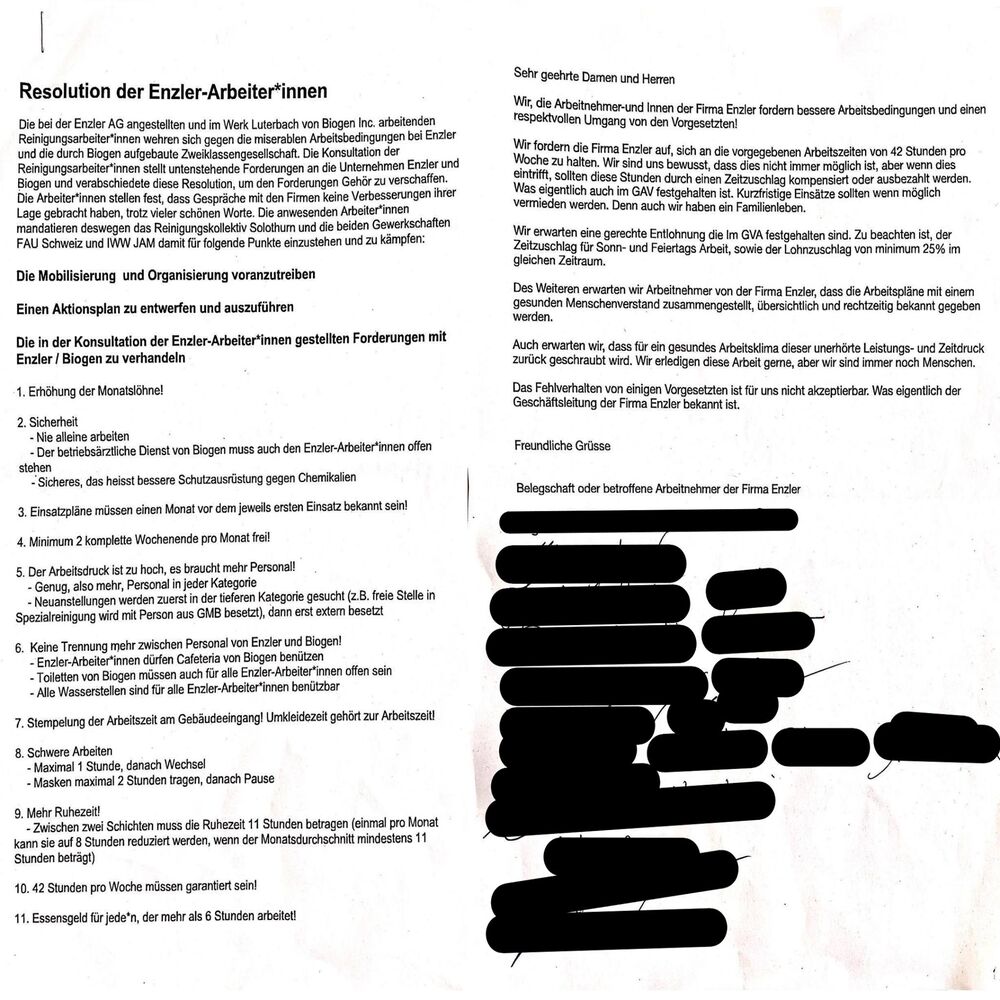 Today, the cleaning company Enzler has resorted to another means of (grassroots) union busting: it has invited the social "partner" Unia and declared participation in the event to be mandatory. Inviting Unia, which has been absent since the beginning of the labor conflict, is supposed to push the conflict away from the struggling grassroots unions. But workers at Enzler had already passed a resolution before Unia, expressing their confidences to the FAU, IWW and the cleaning collective. 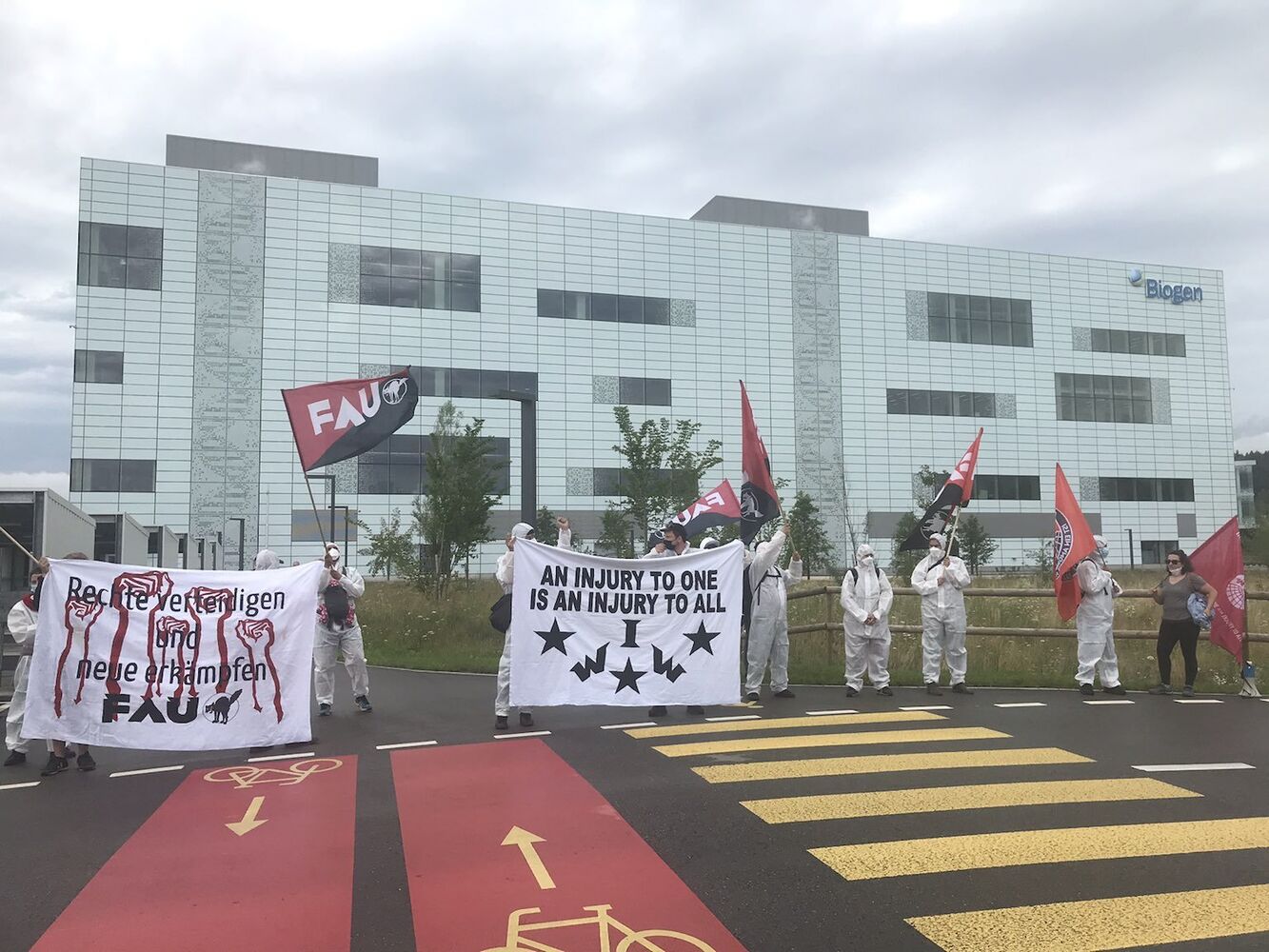 On Tuesday, July 6, about 20 supporters marched in front of the factory to show the workers that they are not alone. The company threatened us with police, but then let us go. During the speech, one person deliberately drove a car nearby and turned up music. This is a clear case of sabotage of our action! The saboteur then drove onto the Biogen site.
In general, the companies involved are trying everything to oust us grassroots unions. They even try to push Unia forward! 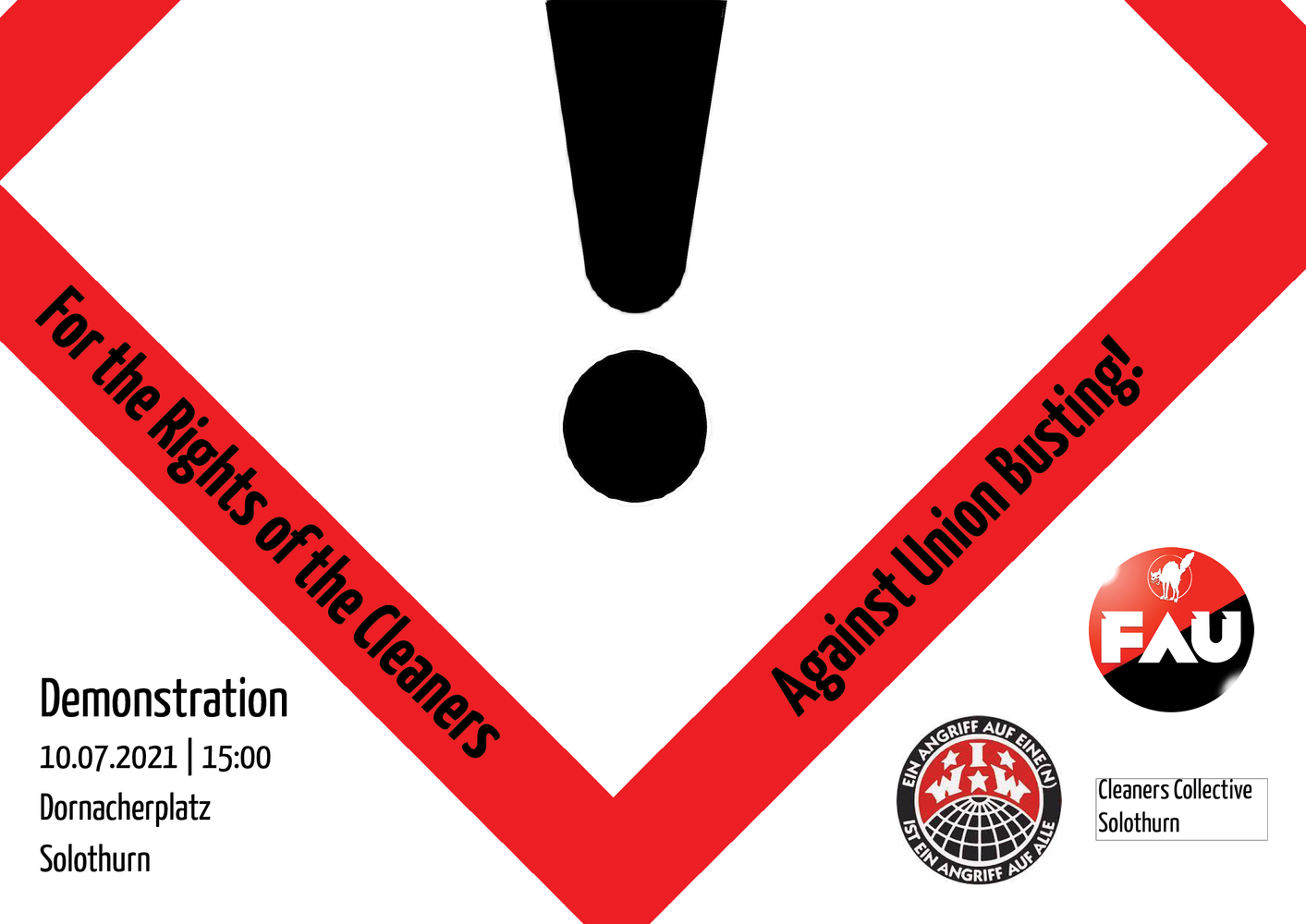 The Enzler workers are fighting to improve their working conditions and to have their rights respected. While the Biogen corporation is shifting all responsibility to their cleaning company Enzler, they have achieved the release of a union delegate in the background.
Demonstration on 10, July at 14:00 in Solothurn. Never again industrial accidents and union busting! For better working conditions!

Read more … Demo July 10th: For the rights of cleaners and against union busting